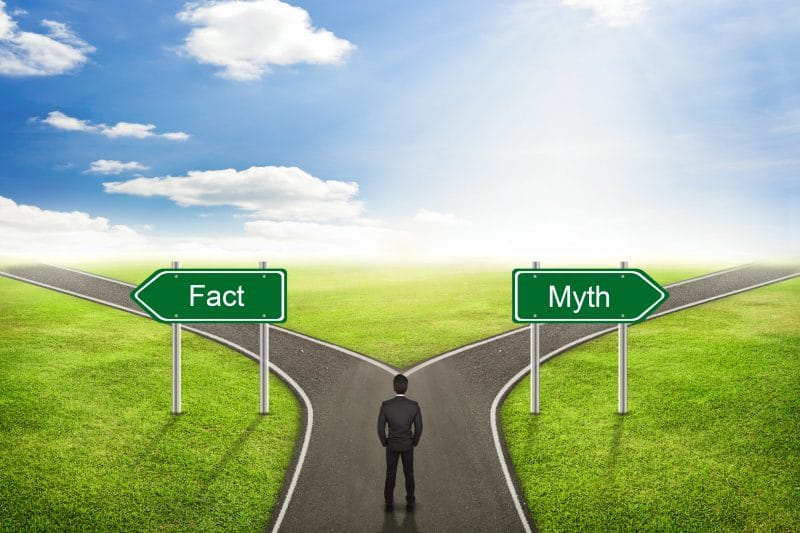 We all want the best dental care for ourselves. Part of achieving that means having the right information about how to take care of our teeth. But that can be a little tricky, difficult even, when we are faced with “dental myths,” I.e. general falsehoods in the field of dental hygiene that are commonly seen as truths.

In an effort to create the best dental care for you, let’s take a minute or two to learn about these myths and the real data behind them.

Here are the dental hygiene myths that we hear from our patients most frequently:

Talking to Your Dentist About Proper Dental Hygiene Habits

The above myths are likely the most common ones that we hear about in the dental space, but they are certainly not the only ones out there. The best way to avoid myths in dentistry is to simply talk with your dentist about the best dental habits for you and to be sure to implement them.

Most dentists recommend a visit once every six months for adults. With that in mind, a combination of regular dental checkups, conversation with your dentist, and consistent oral hygiene in the months between will allow for great dental health for you.